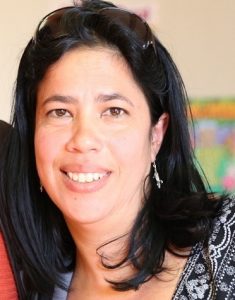 Isis Maria Salcines Milla has worked at the Basic Unit of Cooperative Production “Organopónico Vivero Alamar” in Cuba, since 1999. She is an Agronomy Engineer, although her former vocation was in telecommunications.  Isis never planned to be devoted to food production, but at the time agriculture was attracting concern from all over the world and she opted to study agronomy, at the Agrarian University of Havana (UNAH).

She has functioned as a director and coordinator of development projects and collaborations carried out at the farm through the FAO, ACTAF, ACPA. The farm also collaborates with the Institutes of Investigations, other universities across the country, and has received mentions in Municipal, Provincial Fórum, I Reward MINAG 2012 and publications in international magazines of these studies.

Isis also works with the new generation of farmers promoting the values of food production as a coveted vocation important for the future of the Cuban people. The cooperative members are characterized by all their partners as jovial with great character and focus on solidary.

Isis has participated in international events carried out in and outside the country, including: Italy, Canada, Panama, and the United States.